I am having a smidge of a pioneer. I am in a boat hurtling towards a far flung island, perhaps the farthest flung of all islands, inconveniently sited as it is among an Indian Ocean archipelago. There is sand in my brogues, heat rash under my cummerbund and a stowaway woman who is insisting I owe her 300 baht for services rendered. I am way outside of my Michelin Starred Comfort Zone.

I am here to see something which defies both time and logic, something hidden behind the narrowed vine-entwined inlet entrance to a cave. Something I am informed has to be seen to be believed. And here I now am, standing in front of it, something which attracts both sight-seers and anthropologists alike, it’s the…it’s the most atrocious bit of artwork mankind has ever managed to spew out.

Quite who drew it and quite when they drew it remains a mystery, but the depiction of a certain  ilk of boat, used by a certain ilk of plunderer has given this grotto its name – the ‘Viking Cave’, hidden away on the Thai island of  Phi Phi.

Thai swots have concluded nothing but inconclusiveness regarding who owned the ships which inspired the scrawl, but whatever Swedish dalliances have occurred in Thailand during previous eons, one thing is for sure, the Swedes now rampage through the south east Asian peninsula with all the dignity and decorum of their savage forefathers. In fact, tourist tally totals confirm that 5 per cent of the Swedish population now travel there every year.

But this is all a very recent phenomenon, there was a long time when the politely nationalistic Swedes cared very little for travel abroad. Where better to sun one’s self than the Tylösand beach in Sweden? Where better to ski/dislocate one’s shoulder than the mountainous resort of Sälen…in Sweden? And where better for a booze-fuelled rambunctious retreat than in Denmark?

However, the Swede’s blasé approach to World War II eventually paid dividends and led to a more adventurous holidaymaker. While the rest of Europe emptied their collective coffers to repair, rebuild and, in some cases regret, in neutral Sweden it was Volvo-building-pine-tree-cutting business as usual.

Union friendly Swedes are awarded generous paid holiday quotas, combine that with extra kronor in the economy saved by not having to sweep up the bombed remnants of Stockholm and add to the mix the birth of the chartered flight and BAM! The Swede Abroad was born, but unlike previous breachers of the border – made up of waves of emigration – this time the tickets were not one way – they were coming back.

In the last half of the 20th Century they bumbled their way around Europe, but then they found it, the antithesis to Sweden – Thailand. It had been there all along, but no one had bothered to look; the Swedes finally came face to face with the polar opposite of their culture and climate, and they loved it.

In 1992, 100,00 of the 8.5 million population opted for a Thai tropical tan, a decade later this figure doubled. By 2010, a staggering five per cent of the population were jetting some 5,000 miles eastward bound. And now, in the first four months of 2013, the figure has risen by 9.2 per cent; with average stays of 19 days – the longest visits among other European countries – it is presumably just a matter of time before red meatball curry and noodles vendors appear on the streets of Nonthaburi City.

No one doubts the Scandinavian presence here now, no need for carbon dating and Indiana Jones-esque cave explorations; with many Swedes ripping up their return tickets, they certainly seem to be making themselves feel at home…or making their homes feel like Sweden:

Back in the upper reaches of the Northern hemisphere you cannot escape it, darn near every Swede you meet now has a Buddha ornament perched on a shelf, a naive drug peddling nephew festering in a Thai prison or a rash they just cannot seem to shift from ‘that’ night in Bangkok. 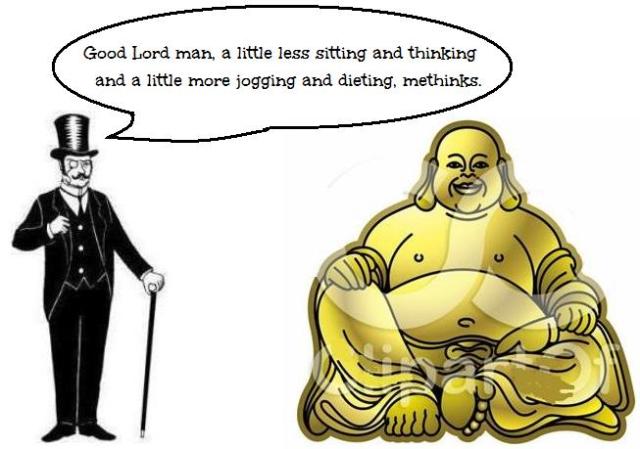