I grew up with tales of Asia and Africa and the adventures of Dippylomats before me. My childhood home was cluttered with both trophies and souvenirs of our colonial history – there is a knobkierrie, a token from my formative years, perched against my desk as I write this Dispatch.

It was therefore somewhat frustrating to grow up in a country where you did not need to arm yourself with a loaded blunderbuss while taking an afternoon Sunday stroll.  I did not need a team of sherpas to help carry the quarry home, the evening meal was not dependent on a successful hunt, I never needed a bowl near my dinner plate to spit out the lead pellets. Sunday strolls in England’s Hertfordshire countryside lacked danger and subsequently, thrill – picking blackberries for my parent’s jam making never gave me the adrenaline rush I craved – the poetry of Rudyard Kipling was simply not enough to placate my lust for colonial adventure.

As previously noted in Dispatch #3, I am more of a city chap; I now find rural retreats ‘itchy’. However, when I was handed the Swedish Portfolio by the Foreign Office I was told to take note of the Native Wildlife chapter. My face glowed with joy as I thumbed through the pages of beasts I could soon both trap and shoot. Would my 12-bore finally be used for more than chasing off the scallywags from the nearby estate?

Now there were all manner of potential pelts to choose from; the stealth lynx, the mysterious and mystical wolf and the majestic bear, all of them suitable for the manufacture of coats, rugs, slippers and ear muffs – Christmas Shopping: Sorted. And then, as I flicked over the next page of the Proposal my jaw hit the floor faster than King Charles I’s after he uttered the words ‘what’s that basket for?’

This, my dears, is a wolverine. ‘A wolverine’ you ask, surely a wolverine looks like this?

Well yes, I can hardly accuse anyone of being ignorant and making that mistake when I too was unaware that the wolverine is, in fact, a real animal. Looks impressive, doesn’t it? All fangs and claws and muscles and demonic stares – little surprise it would find its way into a children’s fantasy comic. It does look like the stuff of nightmares, it does look like, and you’ll pardon the slang, a bit of a nutter.

Let’s scratch beneath the flea-ridden surface shall we? This critter may well strike terror into the hearts of the average Swede and the nervy reindeers of the Nordic tundra, but it is going to have to do more than growl and gnash to get the better of this stoic British Empire Scout. Turns out it is more shy than a teenager with a sudden outbreak of acne just hours before the end of term disco, has the dexterity of a fat man on a space hopper, is the size of a family dog and has the skeleton of a canine version of Quasimodo: 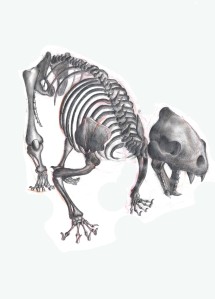 But here’s the rub, according to Charles Darwin’s Bumper Book of Animals, the supposedly oh-so ferocious wolverine is actually a flippin’ weasel! A weasel, I ask you. Admittedly it’s a blinkin’ big weasel, but it is a weasel nonetheless.

Here is a type of weasel: 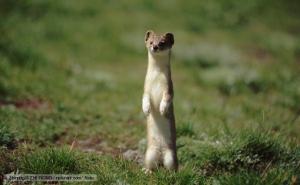 Here is a man trying to look like a type of weasel: 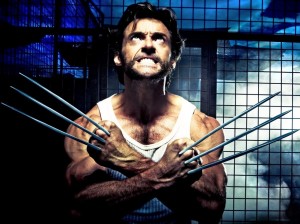 Here is another man trying to look like another type of weasel: 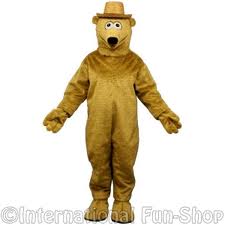 I think the only thing we need to fear from the wolverine is another ridiculous sequel to the X-Men film franchise, the trusty 12-bore can remain targetted on the caravan parked up down the road….for now.

ATTENTION BOTH FELLOW COUNTRYMEN & NATIVES: If you would like to receive my dispatches at precisely the same moment as the Foreign Office do, then tick the box requesting email notification of any missives on the right of this VERY page – please don’t forget to confirm the electronic mail you will be sent. It’ll be like Wikileaks, but not quite as savage….’Weakileaks’©

A connoisseur, a charmer and a bit of a cad.
View all posts by The Dippylomat, Esq. →
This entry was posted in Ex pats, Hodge Podge, Humour, Nature, Sweden, Travel, United Kingdom, Wildlife, X Men and tagged Bears, Lynx, Wolverine. Bookmark the permalink.